How I Got Started in Business 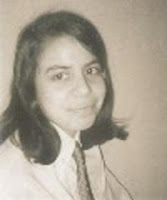 At the age of 10, having recently learned how to crochet, I started knocking off the popular flowered pull-on hats that I saw in my mom's British Vogue fashion magazine and began selling the knockoffs to my schoolmates. The hats were selling like hotcakes so I took on a girlfriend as a partner to keep up with the orders.

After a while, my girlfriend and I figured out we could make more money and avoid the aggravation of lay-away plans and payment collection by selling the hats at a local and

Roxy at 10 or 11
Photo Credit: Henry G. Hoffman, 1965
very popular, very trendy Westside boutique called Pandemonium. The store paid us $4 a hat, $2 less than we charged our girlfriends, but they paid us upfront and in cash and there were never any returns or hassles.

Within a year, we took in a third partner, and expanded our product line to include string bikinis and started selling our crocheted creations at a second neighborhood boutique. Less than 3 months later, we were almost wiped out by the Italian knitting machines!

But we did not give up. We took on two more partners and started making customized and specialty yarmulkes, that we crocheted while riding the New York City subway on the way to high school and sold by word of mouth to our classmates and their friends. Because the yarmulkes were each custom designed and made to order, and because we were the only ones offering this product, we could sell our wares – hats the size of coasters – for $20 a pop.

And thus I learned probably the most important lesson in starting your own business: 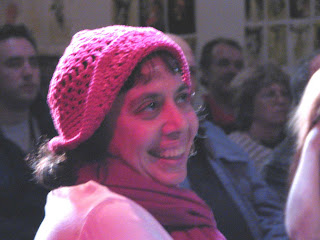